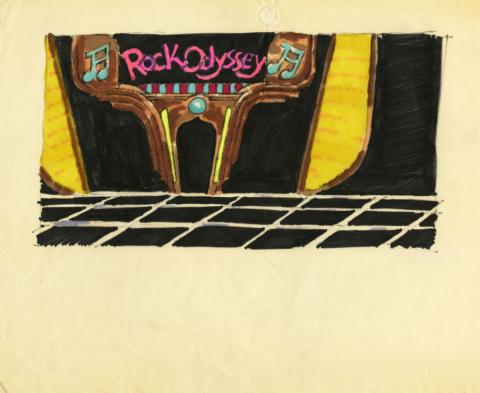 An original concept drawing from the Hanna Barbera Studios animated film Rock Odyssey (1987). The concept drawing was created at the studio and used during the early development of the film. Measuring 10.5"x12.5" overall and with an image area measuring 6"x11", the concept art is in very good condition with the bottom edge having been trimmed and light edge wear.